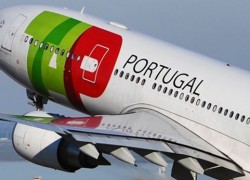 A formal signing ceremony to transfer ownership of TAP Air Portugal to an American-Brazilian consortium took place in Lisbon today, June 24, in the Portuguese Ministry of Finance.

The Atlantic Gateway consortium is led by David Neeleman, founder of JetBlue airline based in the United States and the CEO of Brazil’s Azul carrier. Neeleman, who holds a dual US-Brazilian citizenship, is partnering with Portuguese bus company owner Humberto Pedrosa in the consortium.

TAP Air Portugal’s new owners said they intend to expand operations to 10 more destinations in the United States and eight more in Brazil. The consortium has also agreed to supply TAP Air Portugal with 53 new planes and keep the carrier’s hub in Lisbon for at least 30 years.

According to media reports, the Atlantic Gateway consortium is paying €10 million for a 61% stake in the Portuguese flag carrier. The deal’s value could rise to €488 million depending on the company’s 2015 performance.

Meanwhile, a €354 million in fresh capital will be injected into the airline, which has debts of more than €1 billion. The Portuguese government will retain 34% of the company to sell in two years and is setting aside an additional 5% to sell to employees, it was reported.TAP Air Portugal employs over 12,000 workers.