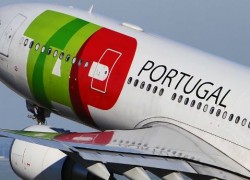 TAP, the national Portuguese airline, has started flying to Toronto, Canada, in June. The service brings TAP back to Toronto for the first time since 1994.

“Toronto in Canada will be the airline’s sixth route to North America, a market where TAP carried more than 633.000 passengers last year, equivalent to a growth of 122%”, the company said in a statement.

According to the airline, there will be five weekly flights from Lisbon to Toronto departing from Lisbon on Saturdays, Sundays, Mondays, Wednesdays and Fridays. In the other direction, flights will depart from Toronto and arrive in Lisbon the following day.

TAP Air Portugal has also expanded new plans for the USA with tie-up with JetBlue, launching two US daily flights from its Lisbon hub to both New York JFK and Boston. The Boston service started on June 11 while JFK flights began July 1.

TAP says both routes will be operated with new Airbus A330 aircraft that the carrier received in June. The service returns TAP to two airports that it left last decade.

TAP already flies from Lisbon to both Miami and from Newark. It also offers two weekly flights between Newark and Oporto, Portugal.

TAP also announced plans for a passenger-sharing tie-up with JetBlue. Such partnerships allow airlines to sell connecting seats on each other’s flights. Under the TAP-JetBlue partnership, for example, a JetBlue customer could book a single ticket from Pittsburgh to Lisbon via Boston with JetBlue flying the Pittsburgh-Boston flight and TAP flying the Boston-Lisbon flight.

TAP included Toronto as part of a six-city expansion announcement. The carrier’s five other new destinations – all in Europe – include Budapest, Hungary; Bucharest, Romania; Las Palmas and Alicante, Spain; and Stuttgart, Germany.