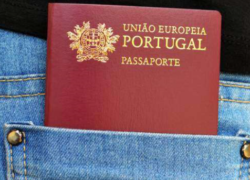 After the outbreak of the COVID19 pandemic, the Portuguese passport moved up one place in the list of the most powerful in the world, to occupy the sixth position, which means that it is issued without a visa in 186 countries.

Currently, entry restrictions in several countries and the end of some air routes have altered the index that measures the power of each passport.

January of this year, the Henley Passport Index, which periodically measures the most effective passports to travel in the world, had placed Portugal in seventh place on the 2020 list of the most powerful passports in the world.

Spain a country in lockdown had one of the best passports in the world in terms of travel without needing a visa,  Christian Kälin, creator of the Henley Passport Index, told CNN.

The least effective passports in the world are Afghanistan (26 countries), Iraq (28 countries) and Syria (29 countries).

The Henley Passport Index ranks of all passports in the world, according to the number of destinations that its holders can access without a prior visa. The ranking is based on exclusive data from the International Air Transport Association (IATA), which maintains the largest and most accurate database of travel information in the world, updated by research by the Henley & Partners Research Department.

In 2019, the Portuguese passport ranked 5th. allowing its holders to travel visa-free to 185 jurisdictions and territories – including all countries of the Schengen area. Portugal allows its citizens to have multiple citizenships.

The Portuguese passport still ranks higher than a passport issued by the United States, United Kingdom and Canada.