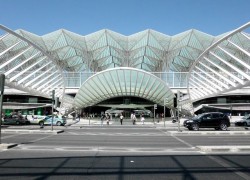 Lisbon has been voted the number one city for hosting the best congresses by delegates participating in a recent survey undertaken by the Centre for International Business Tourism in Lisbon.

The city was voted ahead of London, Paris, Madrid, Munich and Milan, with 45.9 per cent of respondents ranking the probability of return as “very likely”.

The survey was based on a sample of 912 interviews in the months of May, June and September 2013 from delegates attending the Society of Cardiology, European Cystic Fibrosis Conference, the Biennial Congress of the European Society of Endodontology and the Rotary  International Convention.

The UK accounted for 10.2% of delegates, with only Spain delivering a greater number at 12.1%. France, Germany and Italy were the next highest groups, accounting for 8.4%, 7.9% and 6.7% delegates respectively.

Over 70% of participating delegates intended to stay in Lisbon beyond the dates of the congress, and 99.9% of respondents recommended Lisbon as a tourist destination, demonstrating the city’s appeal for pleasure as well as business.

Commenting on the survey results Alexandra Baltazar, Manager Lisbon Convention Bureau said: “We are delighted that Lisbon is gaining recognition by those who are seeing what the capital of Portugal has to offer at first hand. It also highlights, to those considering holding meetings in Lisbon, why the city has consistently featured in ICCA’s top 20 list of cities to hold conferences and congresses.”

Lisbon’s strength in international congresses has been recognized by the decision by the International Travel Partnership (ITP) to hold their annual conference in Lisbon in October 2014. The Partnership, with its international links to independent travel management companies and strong portfolio of multinational corporate clients, expects to welcome up to 150 worldwide travel agencies to Portugal’s capital city.