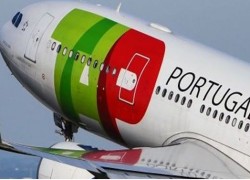 Chinese Hainan Airlines (HNA Group) is to acquire up to 20% of TAP Portugal. The HNA Group, an aviation and tourism giant, is set to acquire the stake from Atlantic Gateway, a private consortium which currently owns half of TAP Portugal.

As a result, direct flights between Lisbon and Beijing will be established, operated by Beijing Capital Airlines a subsidiary of HNA Group.

According to the Portuguese media, the HNA Group will be acquiring stakes directly through the Atlantic Gateway consortium and indirectly through Brazilian airline Azul, owned by aviation tycoon David Neeleman. The acquisition should be finalized within the next three months.

Atlantic Gateway is a consortium formed by American-Brazilian aviation tycoon David Neeleman and Portuguese entrepreneur Humberto Pedrosa. Neeleman, is the founder and owner of US based budget airline JetBlue and Brazil based air carrier Azul.

In November 2015, the privatization process was contested by the newly elected left-wing governing coalition, which decided to retake control of 51% of TAP Portugal, reverting TAP Portugal back to state control.