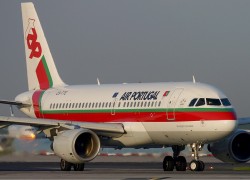 The cabin crew workers of TAP Air Portugal have announced a strike for February 9-11 and partial stoppages starting March 28, according to a motion approved Friday, January 19, at the general assembly of the National Union of Civil Aviation Flight Personnel (SNPVAC).

The strikers claim that all possibilities of reaching a consensus were exhausted between the union, the government and the airline. The basis of the protest is the “discriminatory treatment that the Government imposes on cabin crew workers,” the motion reads.

Protesters have decided to present an additional notice of strike, which includes up to three days stoppage each month, “If TAP Air Portugal continues to maintain the same intransigent, bad faith posture,” the motion said.

In North America, TAP Portugal operates in the United States, in a tie-up service with JetBlue, offering flights from its Lisbon hub to New York, Boston, Miami and Newark. The partnership with JetBlue allows both airlines to sell connecting seats on each other’s flights. In June 2017, the Portuguese carrier brought back its operation to Toronto, Canada, for the first time since 1994.