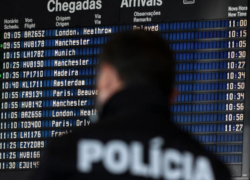 Aeroportos de Portugal (ANA) has confirmed that a two-hour a day strike action by the Foreigners and Borders Service (SEF) workers’ union, is causing four hour delays at the border control services in Portuguese airports.

The partial stoppage was called at the peak of international traffic, resulting in “the waiting time at the border control at Lisbon airport reaching four hours,” confirmed ANA on Monday.

The strike action, lasting until August 31, has also cause some flight cancellations. ANA recommends that passengers arrive earlier for boarding.

The strike was called by the SEF Union, due to the lack of response from the Government regarding failure of ongoing negotiations related to the rights of security workers.

“Given this position of the Government, which continues to refuse to clarify the professionals of the SEF about their future, we can only resort to contesting through the legal means we have at our disposal,” says the Union.

The stoppage, which involves all employees who work at the country’s main borders, has the participation of 100% of SEF workers at Lisbon, Porto, Faro, Funchal, Porto Santo, and Ponta Delgada airports, and includes the seaports of Sines and Leixões.

To control overflowing of passengers and avoiding passengers crowding, the airport has delayed the deplaning of some flights when necessary. ANA has also deployed support teams to assist passengers.

Aeroportos de Portugal has assured that “they will do everything in their power to mitigate the delays caused to passengers, whom they thank in advance for their understanding and cooperation,”  it was reported.

The Union of Airport Handling Technicians (STHA), representing Groundforce, has also staged strikes in July 31, August 1 and 2. Overtime strikes were scheduled until October 31. Workers could also protest by refusing to work the first and last hour of each shift.