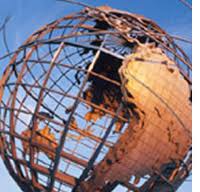 António (Tony) Frias, President and CEO of  S&F Concrete Contractors based in Hudson, MA, was one of the two winners of the fourth edition of the 2011 COTEC Enterprise Innovation Award.

The other winner was João Mena de Matos founder of European Design Centre (EDC) based in the Netherlands.  The award ceremony, presided by the President of Portugal, Aníbal Cavaco Silva, was held in Lisbon, June 8. 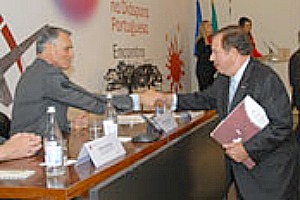 Tony Frias receives the COTEC Award from the President of Portugal.

Over the years, Tony Frias has been honored with many awards for his self-made success, including the Eagle of Bronze presented by Sport Lisboa Benfica. He has also received Title Commander of the Order of Merit of Industry, which was presented in 1989 by the president of the Republic of Portugal, Dr. Mário Soares. In 2002, he was awarded an honorary doctorate of Public Administration from Massachusetts Maritime Academy.

João Mena de Matos, 54, is the director and founder of European Design Centre (EDC), a development and consulting company in the field of virtual design and multimedia in collaborating with over 250 partners in 29 European countries. He holds a degree in industrial design from the Design Academy of Eindhoven and has been a member of several Board of Directors such as the European Multimedia Forum (EMF) in Brussels, Centre International Technology and Education (CITE) in London, Centre for Product & Product Innovation (CP&P) in Eindhoven.

The COTEC Enterprise Innovation Award distinguishes Portuguese entrepreneurs who have promoted entrepreneurial, innovative initiatives outside Portugal and contributed to improve business cooperation between Portugal and the Portuguese diaspora. The winners were choosen among 112 candidates from 30 countries.

In 2010, 81 applications from 26 countries submitted applications for the COTEC Award. The winner was Isidro Fartaria, President of Titel Holding, a construction industry group, based in France with presentations in 11 countries including Portugal.  An honorable mention went to Acácio Vieira, founder and CEO of Healing Wings, a Non-Governmental Organization ( NGO) created in 2000 following the catastrophic floods in Mozambique.

COTEC Portugal is an association of private enterprises with the mission of promoting the productivity of Portugal based companies.To qualify applicants must be Portuguese citizens living abroad for more than five years.