The Week: Chaos and confusion reign in the UK – by Len Port 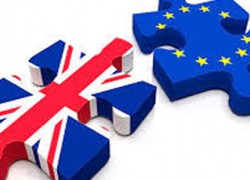 Seismic feelings of insecurity swept across Britain and Europe this week as the complexities of the UK leaving the European Union start to sink in.

Since referendum day, shell-shock and disbelief have given way to impressions ranging from tragedy to farce. Chaos and confusion reign in the UK.

The President of the European Central Bank, Mario Draghi, was at the opening of a major ECB conference in Portugal when he said on Monday: “I have difficulty finding the words to describe what has happened. Probably the best is sadness.”

Portugal’s President Marcelo Rebelo de Sousa expressed a similar sentiment, but vocabularies in all 28 European countries have struggled to adequately convey reactions. It has already been proposed that English be banned as an official EC language as soon as Britain leaves.

Amid the collapse of the political landscape in the UK, chasms of disagreement among the country’s population and turmoil in the international financial markets, there has been acrimony among parliamentarians in Brussels and abuse directed at immigrants in England.

From the initial bewilderment over Brexit, it has emerged that nothing is going to change for Britons living, visiting or investing in the EU, or for EU nationals in the UK – at least not for the next two years.

The two-year period refers to the time it is expected to take for all countries concerned to negotiate and agree on the unprecedented terms of Britain’s exit, starting from when Britain formally says goodbye, probably early in September.

Outgoing Prime Minister David Cameron wants Britain to be able to take its time in reaching a deal that hopefully gives the UK the best of both worlds: freedom of trade without free movement of people.

Some leaders in Brussels seem to want the UK out as soon as possible and without concessions. Even so, as explained by British Ambassador Kirsty Hayes in a Lisbon Embassy Facebook video, so far nothing has changed for Brits in Portugal.

Both President Rebelo de Sousa and Prime Minister António Costa have made it clear that Portugal is for staying in Europe despite a call from the Left Bloc for a referendum if Brussels decides to impose new sanctions because of Portugal’s failure to meet budget deficit targets.

Portugal’s governing Socialist party is firmly pro-EU, though it wants reform in the way the Union is run and especially on attitudes to austerity.

Mariano Rajoy, whose right-of-centre party emerged with the most votes from last week’s second Spanish general election in six months, has said that for the time being expats will keep the same rights to live and work as before.

Even Boris Johnson has said as much. The leading Brexit campaigner declared this week that the UK would always be “part of Europe” and that the status of EU nationals living in the UK and Britons abroad would be protected under what he called a “fair, impartial and humane immigration system.”

It’s anyone’s guess what will happen to the value of the pound in the coming weeks and months. That naturally is of concern to expats with British pensions, and those planning to holiday on the continent or buy a home in the southern European sun.

Other than exchange rates, the Association of British Travel Agents (ABTA) says tourists will see little change to their travel plans this summer.

A summer of discontent is now assured, but when things calm down it may be more or less business as usual in the tourist industry that is so vital to Portugal’s prosperity.