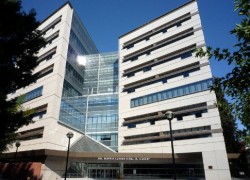 The endowment was created to provide the King Library with funds to acquire a collection of books in the areas of Portuguese literature, art, history and social studies, and allow for the expansion of its cultural heritage collections.

Opened in 2003, The Dr. Martin Luther King, Jr. Library is recognized as a world class and internationally renowned model of collaboration between San Jose State University and the city of San Jose.

The Library Endowment is comprised of a number of endowed funds.  As a donor, individuals are invited to contribute to the growth and vitality of the University Library collections and services by making a gift to any of the existing endowments or by creating one of their own.

One of first Portuguese settlements was established in California in 1850, during the Gold Rush, by a group of about 100 individuals.  Today California is host to 330,974 Americans of Portuguese descent, representing 1.1 percent of the total population in the state.