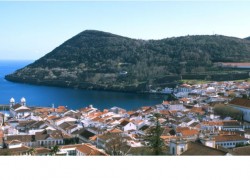 An underwater pyramidal structure was identified at a depth of 40 meters off the coast of Terceira Island. The perfectly squared structure was sighted by a private yacht owner, Diocleciano Silva, during a recreational trip.

Estimated to be approximately 60 meters high, the enigmatic structure was recorded through GPS digital technology. “The pyramid is perfectly shaped and apparently oriented by the cardinal points,” Silva told Diário Insular, the local newspaper.

Most recently, archeologists from the Portuguese Association of Archaeological Research (APIA) have identified archaeological evidence on Pico island that supports their belief that human occupation of the Azores predates the arrival of the Portuguese by many thousands of years. 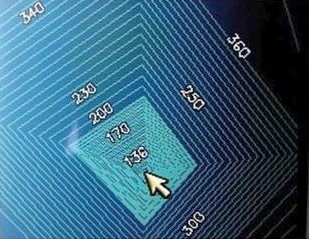 The evidence comprises of a great variety of protohistoric pyramidal rock structures, some of them 13 meters tall. The structures may have been built according to an oriented plan, aligned with the summer solstices, which suggests they were built with an intended purpose.

The Azorean archipelago was discovered uninhabited by the Portuguese around 1427.

Last year, archaeologists claimed to have found rock art on the island of Terceira, which they believe to be many thousands of years old.

In the last three years, a variety of ancient archaeological remains have been identified on all the nine islands of the Azorean archipelago. They include an epigraph from Roman times, Carthaginian sanctuaries, cave art, and megalithic structures.