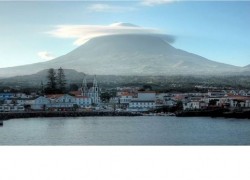 The new evidence comprises of a great variety of protohistoric pyramidal rock structures, some of them 13 meters tall. The Azorean archipelago was discovered uninhabited by the Portuguese around 1427. 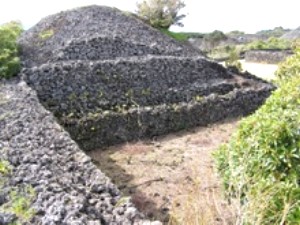 Some pyramids organized to create a large plaza assumed to be a meeting place. (Photo APIA)

Archaeologists working on site believe the structures were created by ancestral occupiers of the island suggesting they were places of worship with  funeral ritual purposes. They have said that dozens of similar structures have been identified in the Madalena area of Pico island.

According to APIA’s archeologists Nuno Ribeiro and Anabela Joaquinito, artifacts were also found on site which may predate the Portuguese settlement on the island.  They believe the structures may have been built according to  an oriented plan, aligned with the summer solstices, which suggests they were built with an intended purpose.

They also believe that the Madalena pyramidal structures, known by the locals as “maroiços,” are analogous to similar protohistoric structures found in Sicily, North Africa and the Canary islands which are known to have served ritual purposes. 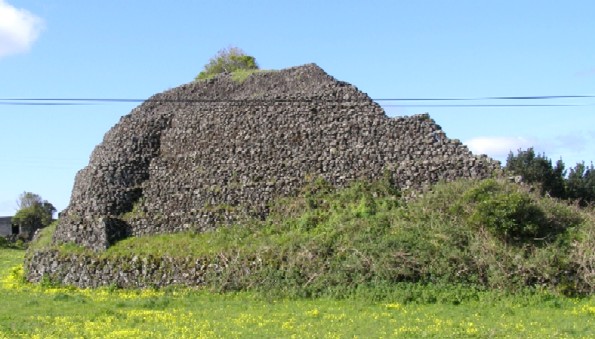 One of the 140 pyramids observed by the archeologists in the Madalena area of Pico Island, Azores. Some of these structures reach about 13 meters (43 feet) high. (Photo APIA)

Recent additional archaeological findings in the Azores support the evidence of  earlier human occupation of the islands. Last year, archaeologist Nuno Ribeiro revealed having found rock art on the island of Terceira, which he also believes predates the arrival of the Portuguese by many thousands of years.

In the last three years, Nuno Ribeiro has claimed to have found a variety of additional ancient archaeological remains on other Azorean islands. They include an epigraph from Roman times, Carthaginian sanctuaries, cave art, and megalithic structures. He has also claimed his findings have been published in scientific magazines and presented at international conferences with great acceptance by the international scientific community. 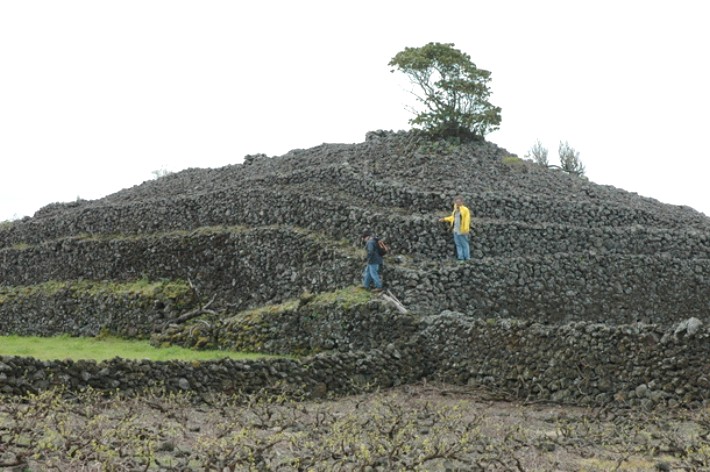 According to the archaeologists studying the pyramids on the island of Pico, Azores, they seem to be oriented to the stars. Some of the pyramids do have inside chambers not yet explored. (Photo APIA)