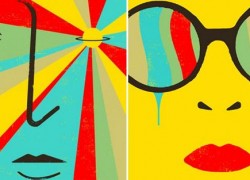 Created by Mexican-American publisher, Ilan Stavans, the $10,000 cash prize is being offered to first-generation emerging American authors who address American identity in a global age. The annual prize will alternate between fiction and nonfiction, beginning with fiction.

Candidates must be first-generation residents of the United States and must not have previously published a book in English. The fiction submissions period is open from September 1 through December 31, 2015, and nonfiction submissions until the Fall 2016. No fee required.

Manuscripts must be complete and submitted in English (translations welcome). Submissions will be reviewed by a panel of judges including Ilan Stavans, novelist Maaza Mengiste, and bookseller Javier Molea.

Based in Brooklyn, NY, NY, Restless Books is an independent publisher for readers and writers in search of new destinations, experiences, and perspectives, committed to bringing out the best of international literature.