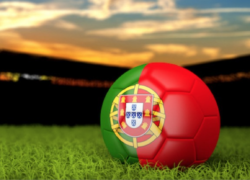 After the English Football Association Cup Final in January 1884, between Preston North End and the London side, Upton Park, it was revealed that Preston was breaking the rules by paying its players and so their manager was duly expelled from the annual competition.

In 1885, the English FA decided to make it permissible for a club to pay players, but only if they were born or had lived for at least two years within a six mile radius of the club’s ground.

In 1901, the same FA imposed a maximum weekly wage of £4 per player in even the top football clubs.

Manchester City was involved in a scandal at the climax of the 1904-5 season when it needed to beat Aston Villa to top the First Division. Aston Villa won 3-1, meaning Manchester City finished two points behind Newcastle United in the championship.  Aston Villa’s captain said that, one of Manchester’s star players had offered him a £10 bribe to lose the game. The Manchester player was found guilty, fined and banned from playing for 18 months. As the club refused to help him financially, the Manchester player divulged publicly that his club had been paying players over the £4 a week legal limit. The outrage resulted in the dismissal or suspension of nine senior officials and a ban on 17 players for ever plating for the club again.

Since those harsh punishments more than a century ago, corruption has spread throughout the footballing world, including Portugal, and it has exploded into a quagmire of criminal activities involving vast amounts of money.

Top Portuguese clubs have yet again been making headline news for the wrong reasons. Public prosecution officials last week made searches in premises closely associated with FC Porto and its chief executive, Jorge Nuno Pinto da Costa.  Among other things they are investigating the payment of €9 million to two agents as part of the €50 million transfer deal for a Brazilian player from Porto to Real Madrid in 2019. The investigation is looking into suspected tax fraud, swindling, abuse of trust and money laundering connected with the transfer of players.

Investigators have long taken an interest in Pinto da Costa. In the so-called Golden Whistle scandal in 2004 and for several years after that he was suspected of corrupting or attempting to corrupt match referees. In 2008, the Portuguese Professional League suspended him for two years, relegated FC Porto and imposed a fine of €150,000.  Lisbon’s Boavista FC, was also relegated and fined €180,000.

‘Golden Whistle’ phone taps on Pinto da Costa conspiring in 2010 to offer not only cash but prostitutes to referees were leaked and published on YouTube, but not accepted as proof of wrong-doing by the courts. The accusations, however, backed up opinions that he was not only one of the most successful executives in Portuguese football, but also one of the most corrupt.

Many other Portuguese football officials are said to have been involved in various kinds of deep-seated corruption, none more so than Luis Filipe Vieira, president of Lisbon’s Benfica, the most popular of all football clubs in Portugal and FC Porto’s biggest rival. He too has long been suspected of tax fraud and money laundering on a grand scale. He is said to have been helped because he is on friendly terms with highly influential Benfica fans, including judges and leading politicians.

Vieira was detained and placed under house arrest in July this year, while investigations continued into suspected tax fraud, money laundering and other crimes involving more than €100 million “that may have caused considerable damage to the state and several companies,” according to Portugal’s Central Department of Investigation and Criminal Action.

Vieira, who ran Benfica for 18 years, resigned and a court ordered him to hand over his passport and allowed him 20 days to pay bail of €3 million. Among three other people detained and released on bail was Vieira’s son, Tiago.

The Portuguese whistle-blower, Rui Pinto, who grew up as an FC Porto fan, gathered millions of confidential documents and 3.4 terabytes of information that exposed corruption on a truly massive scale, not only in Portugal but across Europe and beyond. Among other things, the data indicated the role of offshore tax havens for huge transfer deals and club investments that were poorly policed.

Rui Pinto’s football leaks fed to a network of investigative journalists resulted in him being arrested, extradited from Hungary and eventually brought before the Lisbon Central Criminal Court to face scores of charges related to hacking.

But the cat was out of the bag. Judicial inquiries were launched in France, Spain, Belgium and Switzerland. Major clubs, transfer agents and top players were implicated.  Among the latter was the Portuguese international superstar, Cristiano Ronaldo, who ended up,, in 2019, agreeing to pay €18.8 million in Spain for tax evasion.

World football’s governing body, FIFA, has been steeped in corrupt practices dating back at least two decades with evidence of everything from ticket fiddling and awarding dodgy media contracts to vote rigging in Qatar’s bid to host the 2022 World Cup.

FIFA has been in the spotlight again very recently as its former president, Sepp Blatter, ousted in an extraordinary fraud scandal in 2015, has now been indicted on fraud, criminal mismanagement and forgery charges in Switzerland for arranging a secret €2 million payment in 2011. Also charged is Michel Platini, who allegedly received the payment when he was the head of the much blighted European football union, UEFA.

On and on it goes…. Manchester City FC, which was up to those tricks more than a century ago, was last year banned by UEFA from competitions for two years and fined €30 million, but this decision was overturned on appeal because its alleged corruption activity dated back more than the five-year statute of limitation. UEFA was left looking more shame-faced than Man City.

The latest news connected with corruption is that the British government has just endorsed in principle the setting up of an independent regulator for English football. Not a bad idea for other countries to consider, but, like the coronavirus pandemic, vile corruption in the world of football is not likely to go away any time soon.