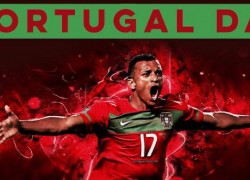 The 2nd Annual Portugal Day will be celebrated at the Yankee Stadium, Bronx, New York, on April 27, when the New York City Football Club (NYCFC) takes on Orlando City SC.

Post-Game Celebration kicks off at 3:00pm with live entertainment, cultural performances, and some very special guests, at ‘Billy’s Sports Bar’ directly adjacent to the stadium.  Guests of all ages will be allowed in to join the celebration and fun directly after the game.

In February, winger Nani, 32, from Sporting Lisbon, signed in Orlando City on a three-year contract. The four-time Premier League champion received a hero’s welcome as he was presented to Orlando City supporters. 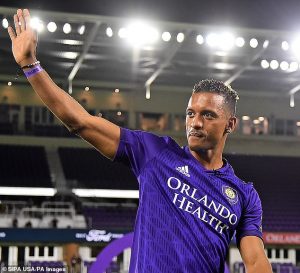 Nani began his senior career in 2005 with Sporting Lisbon. He was later sold to Manchester United, where he played alongside Juventus star Cristiano Ronaldo. He made his Premier League debut in 2007. In 230 appearances for Manchester United from 2007 until 2014, he scored 40 goals to go with 73 assists.

Nani, real name, Luís Almeida, scored 41 goals in 230 appearances for the Red Devils. He returned to Sporting Lisbon in 2014 on a season-long loan from United when he scored 12 goals in 37 matches that season. He later went on loan to Fenerbahce, Valencia and Lazio. Nani scored 20 goals in 89 matches since the start of the 2015 campaign. Nani has 24 goals in 112 international appearances for Portugal, playing alongside Cristiano Ronaldo. 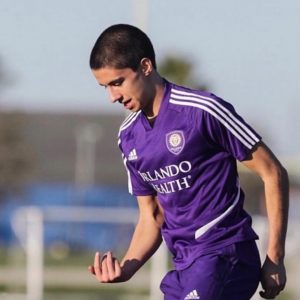 João Moutinho, 21, is a Portuguese soccer player who currently plays for Orlando City SC. of Major League Soccer as left back and center back. Moutinho joined the Sporting Clube of Portugal’s Youth Academy in 2008. He then played for the Akron Zips men’s soccer program for the 2017 season. While at Akron, Moutinho started in all 24 matches, earning national distinctions. He was named a first-team All-American by United Soccer Coaches, and earned the National Freshman of the Year Award by TopDrawer Soccer. On January 2018, Moutinho was one of six recipients of a Generation Adidas contract with Major League Soccer.  On December 2018, he was traded to Orlando City.