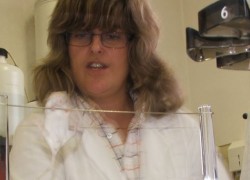 A study by a Portuguese research team, associated with the Center for Neuroscience and Cell Biology (CNC) of the University of Coimbra, Portugal, has determined that a low-calorie, balanced diet delays aging and increases longevity in animals.

The study, titled ‘ Neuropeptide Y stimulates autophagy in hypothalamic neurons’ –  led by researcher Cláudia Cavadas – has concluded that a low-calorie diet encourages a sort of “house-keeping in the cells and induces the recycling of old molecules in the cells that could clog and cause malfunctioning if they stick around.”

The study , published in the journal Proceedings of the National Academy of Sciences of the United States of America (PNAS), targeted a part of the brain called the hypothalamus, which was recently identified to be what controls aging, the researchers said. Aging is characterized by autophagy impairment that contributes to age-related disease aggravation.