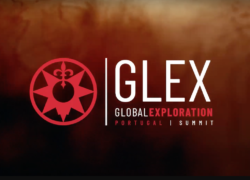 From astronauts to scuba divers, an elite of explorers will be back for the Global Exploration Summit (GLEX) 2022 in the Azores.

Organized by the Explorers Club of New York and Lisbon based Expanding World, this year’s edition, under the motto “What’s Next?” will take place, on São Miguel, between the 4th and 7th of July 2022.

“There’s no better place to find out what’s next in exploration, than an island that was once an empty space on the map, until brave explorers find it. of Portuguese navigators. From the crossing of the Atlantic, to the crossing of the stars, we are on the threshold of a new golden age of exploration”, said Club President Richard Garriott at the Explorers Club gala in New York, on Sunday.

The Explorers Club’s Global Exploration Summit (GLEX) brings together the world’s leading explorers to showcase the latest discoveries, innovative solutions, and cutting-edge technology in exploration of our planet and the new frontiers of space, committed to a worldwide effort to inspire everyone to protect the planet, animal species and natural resources.

This year’s program will include more than 40 presentation panels, divided into four main themes: Oceans; Space exploration; Nature Conservation Climate Change; and the current and future Great Expeditions of our time, according to the organizers.

Speakers include James B. Garvin, NASA’s chief scientist for Mars exploration and current leader of the DAVINCI+ mission, rumored to be the planet Venus. Also present will be Nicole Stomarinho, veteran astronaut, Austin Gallagher, award-winning marine biologist, the conservative couple Beverly and Dereck Jouberts, French, who for more than 30 years have celebrated nature and wildlife in documentaries, books and scientific magazines. Also highlighted, in a list that will grow, for scientists Glen Gowers and Oliver Vincent, who will present Basecamp Research, a biological data company that is revolutionizing the discovery of proteins in natural biodiverse.

The event is co-organized by Expanding World (Portugal) and the Explorers Club (New York), in association with Turismo de Portugal, the Azores Tourism Association (ATA), and the Government of the Azores.

The first edition of the Global Exploration Summit, held in Lisbon, in 2019, brought together 1,200 participants from 5 continents and about 20 nationalities. São Miguel island hosted the GLEX 2021.

The Explorers Club is an American-based international multidisciplinary professional society with the goal of promoting scientific exploration and field study. The club, which has approximately 3,500 members in 60 countries, was founded in New York City in 1904, and has served as a meeting point for explorers and scientists worldwide, comprising 34 chapters around the globe. For additional information, visit the Global Exploration Summit website.