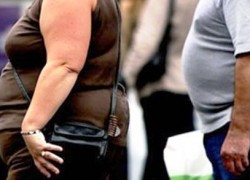 Portugal is the European Union member state with the highest rate of diabetes, with almost one tenth of the population suffering from the disease, according to a report from the Organization for Economic Cooperation and Development (OECD) released on Friday.

The average prevalence of diabetes in the populations of EU states was 6.4% in 2011, but in Portugal the rate was 9.8%. Cyprus and Poland are the only other two countries over 9%.

Sweden, Luxembourg and Belgium are the three best-placed EU members, all with rates below 5%.

More than half of Europeans are obese or overweight, with 52 percent of adults in the EU now being overweight or obese. The report blamed physical inactivity and the widespread availability of energy-dense, sugary and fatty foods.

“(The rise) is a major public health concern,” the report said. “Because obesity is associated with higher risks of chronic illnesses, it is linked to significant additional healthcare costs.”

OECD also report also states that diabetes was the main cause of death in some 100,000 cases last year. It is one of the chronic diseases that has advanced in recent years, in line with the increased in obesity, which in some countries has doubled since 1990.

The OECD also reported that Portugal is among the countries that have seen reductions in the number of adults who smoke, with 9.7% fewer in the decade to 2010.  Alcohol consumption per head also fell by 23%.