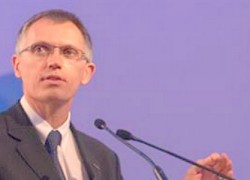 Carlos Tavares, former head of Nissan Motor for the Americas, based in Tennessee, USA, was appointed chief operating officer (COO) for French car maker Renault, the number two post after the company’s CEO.

Tavares, who will assume the new post on July 1, will oversee Renault’s growth strategy focused on developing electric vehicles and new markets. He will also develop sites in France, the French car maker said. 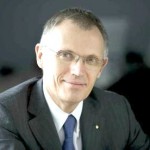 Tavares was born on August 14, 1958, in Lisbon, Portugal.  He attended the Lycée Français in Lisbon, Portugal, before entering preparatory classes in 1976, at Lycée Pierre Fermat in Toulouse, France.  He graduated from École Centrale in Paris, France, in 1981.  École Centrale de Paris, founded in 1829,  is one of the oldest and most prestigious engineering universities in France.

An automobile and motor sports enthusiast, after graduating in 1981, Tavares joined Renault immediately as a test-driving engineer at the Aubevoye test center. In 1985, he was promoted to head of ground link engineering.  He continued his career as head of the Clio II platform at Chassis Systems in 1991, and then as head of the Architecture Department in 1996.  Renault appointed him as Mégane II project director in 1998.  With the technical skills he acquired in engineering,  his knowledge of automotive products and his managerial qualities, he became Director of the Mid-Range Vehicle Program in 2001.

Five years after the Renault-Nissan Alliance was founded in 1999, he joined Nissan as Program Director and was named Vice President, Product Strategy and Planning Strategy in 2004.  He became Executive Vice President of Nissan and joined the Board of Directors in 2005. 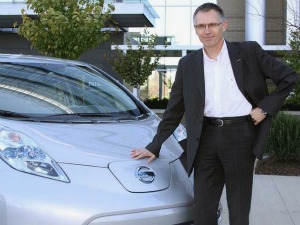 In 2009, he became the head of Nissan operations in the Americas region, overseeing Nissan’s operations in North, Central and South America, including Manufacturing, Engineering, Design, Sales and Marketing, Administration and Finance.

As the head of  Nissan Motor for the Americas, Tavares developed the new electric car “Leaf” and assured 1.6 billion dollars in stimulus money from the U.S. Energy Department to build a car battery factory in the United States.

Under his watch, the Renault-Nissan Alliance is also building a factory of lithium-ion car batteries in Cacia, a small town in the North of Portugal.  This factory represents an investment of 160 million Euros (USD 227 million).  Tavares said this Portuguese factory will produce 50 thousand batteries per year, about 25% of the batteries needed by Renault-Nissan electric cars in the European market.

Married, with three children, Tavares is a lifelong fan of motor sports and a highly skilled driver who has competed in a number of track races since the start of his career.