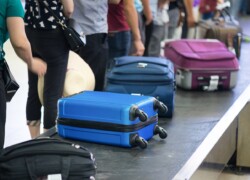 Portugal has excluded former emigrants, who choose the Azores and Madeira as their return destination, from benefiting from the same incentives offered to mainlander Portuguese, under the “Programa Regressar” [Return Program] created to attract Portuguese expatriates to return home.

The incentives help to pay for the costs of returning, for willing returnees and their families, including the cost of travel and transportation of personal belongings, as well as assistance in work placement and the recognition of the academic or professional qualifications.

However, the incentives openly discriminate against Portuguese nationals who wish to return to the Azores and Madeira. It only covers, in its entirety, emigrants who return to mainland Portugal.

The discrimination by the Government of Portugal, against Azorean and Madeiran returnees, has created great controversy and a movement of contestation, involving Autonomous Governments of both the of the Azores and Madeira, and their respective parliaments.

A resolution was drafted by both parliaments of Madeira and the Azores, demanding equal rights, “through an immediate rectification that allows emigrants returning to the Autonomous Regions of the Azores and Madeira to benefit from the support, under the same conditions as for other nationals.”

“We find this situation unspeakable, we are facing negative discrimination, unequal and unfair treatment, we will push forward this legitimate petition, we will give it the attention it deserves, and we will do everything to ensure that this situation is corrected,” said Carlos Fernandes, Madeira’s parliament representative.

The Programa Regressar, created in March 2019, targets mainly young professionals who emigrated between 2011 and 2014, when about 485 thousand young Portuguese citizens left the country. The exodus is considered the loss of one of the most qualified generations ever.

In early March, the Government of Portugal revealed that the Programa Regressar, financed by a six million euros grant, and implemented by the Institute of Employment and Professional Training, has already financed the return of 3,470 former emigrants to the mainland exclusively.