Portuguese the 6th most useful language for business – Bloomberg 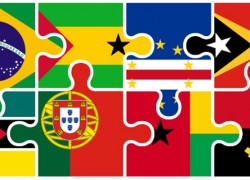 The Portuguese language is the 6th language most useful for business, according to the last Bloomberg Rankings. Portuguese, the official language of 8 countries, is the 6th most spoken language in the world by 176 million in 33 countries.

Spanish ranked number four despite being the official language of 20 countries and spoken by over 329 million people. Russian, Portuguese, Japanese, German, Italian, Korean, and Turkish followed.

Research from the Modern Language Association reports Spanish as the top foreign language studied in U.S. colleges in 2009, according to a study published in December 2010.

To create the list, Bloomberg Rankings identified the 25 languages with the greatest number of native speakers, then narrowed the list to the 11 official languages of G20 countries, excluding those that designated English.