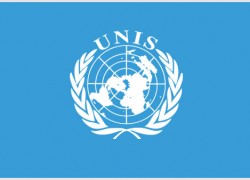 According to Fernanda Costa, Portuguese classes started in February and are being offered once a week  to a group of 18 students mostly Portuguese and Brazilian.

In a statement to Lusa, Fernanda Costa said that “A protocol will be established between the two parties which terms are still being negotiated.”

According to her statement, from the time being until next June, classes will be  taught by Professor Luís Gonçalves, lecturer at Princeton University.

Nearly 1,500 K-12 students, from more than 120 countries, are enrolled at the UNIS.  The Portuguese language classes will be open to all students at the UN interested in learning Portuguese.