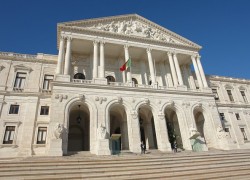 According to the Wall Street Journal, Portugal’s bailout could cost as much as $129 billion.

The terms of the deal will be discussed at the upcoming meeting of EU finance ministers and central European bankers in Budapest, next Friday.

The paper also said the process will undergo various phases, before and after the country’s June 5 election, in order to guarantee that both the current outgoing government and the newly elected government are involved in the negotiations and execution of a rescue plan.

The early numbers had estimated a hefty $107 billion for the Portuguese bailout.