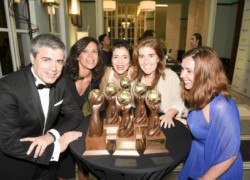 Portugal was voted “Best Destination of the World” at the 24th edition of The World Travel Awards – known as the “Tourism Oscars” – becoming the first European country to win this distinction. 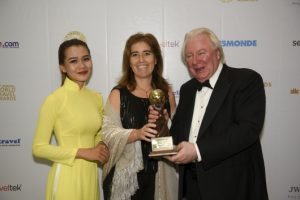 Portugal’s Secretary of State for Tourism, Ana Mendes Godinho, said that the honor “is a prize given to all Portuguese, and she added, “we are facing a unique moment for tourism in Portugal. This is the recognition of the work that has been developed over the years by all of those who are in some way connected with the tourism industry, but it is also the acknowledgment of the country that we have. An authentic, innovative, reinvented country that combines a wide variety of experiences and landscapes, a country that combines cosmopolitanism, history, tradition, sun, nature and gastronomy. A country that knows and enjoys to welcome everyone. We must now continue this work of showing all the diversity of what Portugal has to offer and which makes us a tourism destination of excellence.”

In a statement released to the press, the Mayor of Lisbon, Fernando Medina, said, “The recognition of Lisbon as the ‘World’s Leading City Break Destination’ is the result of its growing prestige and the investment in the valorization of its patrimony.”

In September of this year, for the first time, Portugal had been elected “European Best Destination” by the World Travel Awards, winning the most awards – a total of 37 “Oscars – 13 more than in the previous year. The ceremony was held on September 29, 2017, in St. Petersburg, Russia.

Established in 1993, the World Travel Awards (WTA) selects the nominees on a worldwide scale by thousands of professionals in the sector and consumers. The voting is cast online by the general public and by more than 200 thousand tourism professionals from 160 countries. It honors and rewards excellence across all sectors of the tourism industry offering one of the most prestigious and comprehensive awards program in travel and tourism, recognized worldwide as the hallmark of industry excellence.