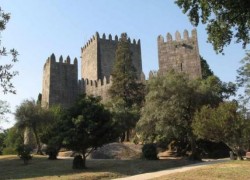 Portugal was nominated for the first time as ‘Europe’s Leading Tourism Destination’ at the World Travel Awards, in St. Petersburg (Russia). Portugal won 30% of the prizes in the competition that has become known as the “Oscars of Tourism” and took 33 awards, 13 more it won last year. 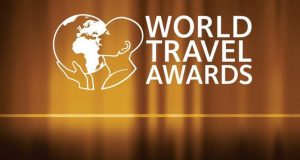 Portugal won the award against previous winners such as  Greece, Italy, Spain, and France, as well as northern countries including the UK, Norway, Austria, Sweden and Switzerland.

According to Portuguese Secretary of State for Tourism, Ana Mendes Godinho, the whole country is an incredible package worth visiting, a clear indication that Portugal is on the right track.

The distinction is a result of “everyone’s efforts to turn Portugal into a touristic destination of excellence, with unique diversity in what it have to offer, extended across the territory,” she said.

The awarded nominees from the event will go forward to compete in the 2017 World Travel Awards Grand Final taking place in Vietnam December. 10, 2017.

Established in 1993, the World Travel Awards (WTA) selects the nominees on a worldwide scale by thousands of professionals in the sector. It honors and rewards excellence across all sectors of the tourism industry offering one of the most prestigious and comprehensive awards program in travel and tourism, recognized worldwide as the hallmark of industry excellence. The winners are determined by an online vote cast by hundreds of travel professionals and consumers.