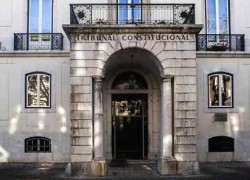 The approach of Christmas brings fresh worries to Portugal and its hopes of returning to something like financial stability next year.

Once again, the biggest threat to the government’s efforts to exit the country’s bailout – and to the continued existence of the present government itself – comes not from politicians but judges.

The latest decision by the nation’s Constitutional Court has blocked a highly unpopular bid to cut public sector pensions. It is the fourth time judges in the highest court in the land have blocked government measures this year. They may do the same to plans to cut the salaries of public sector workers.

As with earlier rulings on austerity measures, the Constitutional Court judges have stymied efforts to cut spending ahead of Portugal’s planned exit from its €78 billion ($107 billion) bailout next June.

The latest decision outlawed a key measure in the 2014 budget calling for cuts of up to 10 percent in civil service pensions over €600 a month. The 13-member court unanimously declared the proposal “unconstitutional” as it was a “violation of the principle of trust.”

An ever-growing number of citizens are claiming that the coalition government is more like a dictatorship than a democratic institution and that it has lost touch with public opinion and the people’s needs. Protesters want President Aníbal Cavaco Silva to veto the controversial State Budget and call early elections.

The pension cuts would have saved an estimated €388 million, funds the government must now find elsewhere to comply with the country’s bailout deal with the European Union and the International Monetary Fund. The most likely alternative savings will involve hikes in VAT, which are sure to spark more public outrage.

While there is serious disenchantment with the present centre-right coalition, the question arises: would any other set of politicians in the country be able to do any better? Incompetence and inefficiency are thought to be rife in just about all sectors and at all levels of the administration and the civil service.

Portugal has so far received €71.4 billion of the bailout money it was promised. The government hopes it can follow Ireland’s lead and exit by staying on target to meet the bailout requirements and return to normal financing in the bond markets.

Not everyone is pessimistic. In the days leading up to the latest court ruling, the European Commission expressed qualified optimism that Portugal would be able to find an alternative way to meet its 2014 budget deficit target. “Such measures, however, could heighten risks to growth and employment and reduce the prospects for a sustained return to financial markets,” said a commission spokesman.

The Financial Times quoted Charles Schulz, a senior economist with Germany’s Berenberg Bank, as saying that Portugal still had a good chance of leaving its bailout programme in June. “The economy is growing, political risks are limited and the government is reforming the economy. But the errors of the past will continue to weigh on Portugal’s prospects.”

On hearing of the court’s rejection after the first session of an EU summit in Brussels, German Chancellor Angela Merkel told reporters: “It’s not an easy situation but I think Portugal will find a way to solve it.”