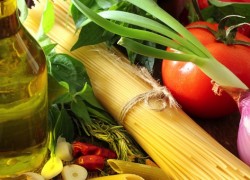 The recommendation was submitted by Portugal, Cyprus, Croatia, Spain, Greece, Italy, and Morocco.

According to a prepared statement by UNESCO, “The Mediterranean diet is a set of traditional practices, knowledge and skills passed on from generation to generation and providing a sense of belonging and continuity to the concerned communities.”

Benefits include the decrease in the risk of heart disease, increases life span, reduces internal inflammation, slows cognitive loss that leads to Alzheimer’s disease and a may prevent and help cure Type II Diabetes.

The nomination took place at the 8th session of the Intergovernmental Committee for the Safeguarding of Intangible Cultural Heritage, being held in Baku, Azerbaijan, December 2-7.

The session of the Committee coincides with the 10th anniversary of the adoption of the Convention for the Safeguarding of Intangible Cultural Heritage by UNESCO`s General Conference in 2003. It has since been ratified by 156 countries.