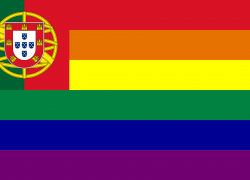 Portugal’s new Trans-Friendly Identity Record Amendment Law, of March 16, establishes clear guidelines on how Portuguese citizens can change their name and sex come into effect. Unlike many laws concerning amendments to civil identity records, this new law only stipulates a need for an official medical diagnosis and does not require the applicant to divorce a spouse, to have gone through or be going through hormonal treatment or gender reassignment surgery, and does not require the applicant to undergo sterilization.