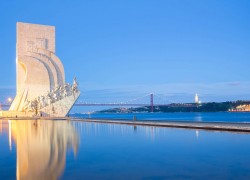 Recent events have been a reminder of Portugal’s laudable position well ahead of many other more powerful countries in at least two key areas of human endeavour: keeping the peace and controlling climate change.

The atrocities in London last weekend and Manchester last month made the latest Global Peace index all the more poignant and pertinent.

Collated by an international panel of experts and published by a Sydney-based think-tank, the 2017 Global Peace Index places Portugal among the top five most peaceful countries in the world.

In this annual index – the 11th so far – Europe remains the world’s most peaceful region. Iceland, Austria and Denmark are together with Portugal in the top five individual countries. Four other countries in Europe are in the world’s top ten.

The index provides a comprehensive analysis on 26 indicators based mainly on levels of safety and security in society, internal and international conflict, as well as militarization.

The latest index research pre-dated the Manchester and London attacks, but the peace levels in 21 of the 34 countries in Europe has statistically improved over the past decade.

The average has not changed significantly, however, due to a worsening of conflict in Turkey, the impact of the terrorist attacks in Belgium and France, and worsening relations between Russia and its Nordic neighbours.

More notably, the United States has plummeted to 114th place in the latest index. Based on a wide range of negative factors, the U.S. is now slotted between Rwanda and El Salvador in the analysis of 163 countries representing 99.7 percent of the world’s population.

America’s ranking has dropped 11 places since last year due to what researchers say is a “deterioration in intensity of organised internal conflict and level of perceived criminality in society,” both strongly linked to the ongoing political turmoil.

Coincidentally, the United States has been further humiliated on the world stage by President Trump who famously described global warming as “a Chinese hoax” and tweeted that “this very expensive bullshit has got to stop.”

Having now deemed the Paris climate agreement a pernicious threat to the U.S. economy and American sovereignty, Trump has announced he is pulling out.

While criticizing the shortcomings of other nations and promising “to make America great again” by revitalizing America’s coal mining industry among other things, Trump seemed to overlook the fact that the U.S. is the world’s second biggest carbon dioxide polluter nationally and the biggest on a per person basis.

“I was elected to represent the citizens of Pittsburgh, not Paris,” declared the president at the end of a bombastic speech that was condemned by political leaders, scientists, environmentalists and corporate executives around the globe. It was also denounced by American Democrats, members of Trump’s own staff and a large majority of those polled on the subject in Pittsburgh itself.

President Trump expressed willingness to renegotiate the 2015 climate agreement to get a better deal for the U.S., but the leaders of France, Germany and Italy immediately issued a joint statement saying that the Paris accord was “irreversible” and could not be renegotiated.

Prime Minister António Costa is emphatic that Portugal is “totally committed” to the Paris agreement and has described global warming as “a challenge that does not allow further delays, because every day the threat is greater.”

Portugal is already at the forefront of renewal energy production through hydro-electric, solar and wind resources.  It is committed to an ambitious agenda with the aim of accomplishing the goals established in Strategy Europe 2020 and in the EU directive on renewable energies.

Prime Minister Costa pointed out in Morocco at the last major international climate conference that Portugal had already achieved “more than 87% of the goal set for 2020, after installing 12 300 megawatts of renewable technology, which represent 61% of the potency of all our electricity production.”

Former prime minister António Guterres, now secretary-general of the United Nations, said President Trump’s withdrawal decision was “a major disappointment.” but Guterres remains confident that “all other parties to the Paris agreement will continue to demonstrate vision and leadership, along with very many cities, states and businesses in the United States and around the world, by working for the low-carbon, resilient economic growth that will create quality jobs and markets for 21st century economic prosperity.”