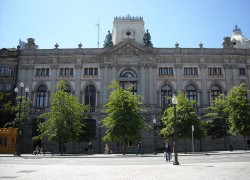 Portugal holds 382.5 tons of gold, worth an estimated US$20.7 billion, one of  the largest gold reserves in the European Union.

Managed by Banco de Portugal — the Portuguese central bank – the Portuguese gold reserves equal 9 percent of the country’s GDP, the highest of any European country.

Currently Portugal is under pressure from its European partners to sell its sovereign gold reserves, namely Germany who has demanded Thursday that Lisbon sell its gold.

Portugal has agreed Tuesday on a three-year, 78-billion-euro ($116 billion) bailout loan from the European Union and the IMF.  Portugal needed to have the bailout package in place in order to repay about 5.0 billion euros (US$7.2 billion) in debt by June 15.

Acting Finance Minister Fernando Teixeira said Thursday that the current projections foresee a contraction of 2 percent in both 2011 and 2012.