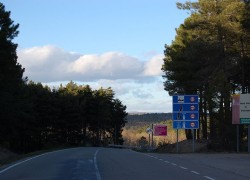 Portugal is the first country to meet the goals set fuel-efficiency for cars in the European Union which goals are to decrease car emissions down to 130 grams of CO2 by km by 2015.

Average car emissions in Portugal’s new car market were 127.4 grams in 2010, followed by France, Denmark and Italy, which were all below 133 grams.

Toyota is the company most committed to achieve this goal across Europe, while Volvo is the company who has accomplished the biggest improvements among manufacturers.

Renault-Nissan Alliance in Portugal is also working on electric car technology aimed at achieving zero-emissions mobility. The country will install 1300 vehicle charging point by the end of 2011 and offer tax incentives to individuals and businesses buying electric vehicles.

From 2011, the Portuguese government has pledged a fifth of public fleet vehicles must be zero-emissions