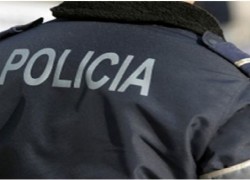 Uruguay has joined Portugal in the forefront of drug law reform by becoming the first country in the world to make it legal to grow, sell and smoke marijuana.

When the law approved by the senate in Uruguay comes into force and marijuana is being grown legally within its own borders, Uruguayans over the age of 18 will be allowed to buy up to 40 grams of pot per month from licensed pharmacies.

Twelve years ago Portugal became the first country to fully decriminalize the personal use of all kinds of drugs. Decriminalizing did not mean legalizing. Personal use remained unlawful but was no longer regarded as a criminal offence. Trafficking or dealing remained a serious crime.
‘Quantities for personal use’ is defined as one gram of heroin, two grams of cocaine, five grams of hashish or 25 grams of marijuana leaves. That is the maximum allowed for a 10-day period.

Illicit drug use in Portugal is treated as a misdemeanor that demands counselling or vocational training rather than prosecution. On the premise that addicts are ‘sick’ rather than ‘criminals,’ the solution now lies in national health centers rather than the courts and prisons.

The policy is still controversial. It seems to be working well even if not deemed an unqualified success. The number of addicts seeking rehab has gone up. The number of HIV cases among intravenous drug users has significantly dropped. Usage has not dramatically increased and Portugal has not become a haven for drug tourists. Most of the doubters have come to accept that even if it has not radically improved the situation, at least it has not made it worse.

Opponents of the law change in Uruguay claim state control will be a “social engineering experiment” likely to expose more people to a drug that critics consider more harmful than its advocates make out.

Supporters of legalizing marijuana characterize it is a sensible response to the global ‘war’ on drugs that by common agreement has hopelessly failed everywhere. They believe that state control and setting the price as low as about €0.72 ($1) a gram will help push traffickers out of the market.

Although the pioneer of drug decriminalization, Portugal has always been a dedicated partner in international efforts to curb the drug trade.
Portugal is itself on well-established intercontinental drug routes. Seizures and multinational arrests in this country are commonplace. Open borders within the European Union make the traffickers’ job easier, but the police are vigilant.

This summer, for example, Interpol supported by Europol led an operation involving 34 countries that targeted cross-Atlantic smuggling of drugs and illicit firearms. It resulted in 142 arrests, the seizure of 15 vessels, 42 guns and nearly 30 tons of cocaine, heroin and marijuana with an estimated value of €600 million ($822 million).

Dealing in drugs is like any other trade. It is about supply and demand and moving goods from their place of origin to the market place. Eradicating drug trafficking may be impossible, however, as it is globally so massive and secretive. Powerful cartels run by terrorist groups as well as criminal organizations, supported by money laundering involving some of the biggest banks in the world, are using poverty and the marginalization of segments of society in Latin America, Asia and Africa to expand drug production and black economies.

Drugs generate about €300 billion ($400 billion) a year and account for about 8% of all international trade. Only time will tell if legalization and decriminalization at the national level can make any real dent in organized crime on such a scale.

Meanwhile, just as those with drug policy reform in mind in the United States, Britain and elsewhere have been closely following Portugal’s bold initiative, Uruguay’s ‘experiment’ is sure to be watched with great interest.