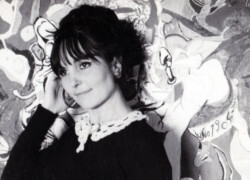 A private funeral for painter Paula Rego, who died on June 8, aged 87, took place today, June 30, at a church in the Hampstead area of ​​London, UK.

On this day, the Portuguese Government decreed national mourning on her honor, a tribute approved by the Council of Ministers on June 8.

The President of the Republic, Marcelo Rebelo de Sousa, had announced, on June 10, in London, that he would award the painter Paula Rego, posthumously, with the Grand Collar of the Order of Camões, a distinction that will announced and formally held in a ceremony in Lisbon in the near future.

According to gallery owner Rui Brito, who represents the artist’s work in Portugal, the ceremony will be “very restricted, reserved only for family and close friends.”

In 2009, a museum housing part of Paula Rego’s work was inaugurated, named ‘Casa das Histórias’, in Cascais, Portugal, which has organized exhibitions of her work and in interchange with other artists.

The artist was awarded, among others, the Turner Prize in 1989 and the Amadeo de Souza-Cardoso Grand Prix in 2013. She was also distinguished, in Portugal, with the Grand Cross of the Military Order of Santiago da Espada in 2004 and, in the United Kingdom, with the Order of the British Empire by Queen Isabel II in 2010, who gave her the title of Dame, for her contribution to the arts. In 2019, she received the Medal of Cultural Merit from the Government of Portugal.

One of the most acclaimed and awarded Portuguese artists internationally, Paula Rego was born on January 26, 1935, in Lisbon, and studied arts in the 1960s at the Slade School of Art, in London, where she settled permanently from the 1970s, after marrying the painter Victor Willing (1928-1988). Holding dual-nationality, she visited Portugal regularly.