The Week: Past to present! The times they are a-changin’…. – By Len Port 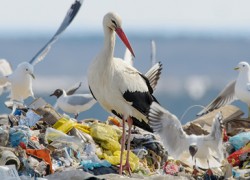 The Easter just past is likely to be one of the last of its kind. Leaders of various branches of the Christian Church are nearing agreement on making Easter a permanent, unique fixture instead of a moveable feast. For more than 1,600 years it has wavered around weekends in March and April depending on the ecclesiastical full moon and the type of calendar used. Pope Francis and the leaders of the Protestant, Coptic and Orthodox churches are all said to be in favor of global uniformity. With the approval of secular governments, a set date for Easter Sunday will have important ramifications, particular for the tourist industry and schools. It ls expected to happen in the next five to ten years, but don’t count on it. “It may take a little while,” says the Archbishop of Canterbury Justin Welby, mindful that church leaders have been working on this for the past ten centuries.

Back in the 1960s and 1970s, the time set-up meant that the sun in Portugal was still rising at 9.00 on winter mornings. Children went to school and adults went to work in the dark. On summer evenings, it was hard for some to get to sleep because it didn’t get dark until nearly midnight. Under the present system, getting up an hour early last Sunday morning was no great hardship for most, and hopefully it will put the daylight saving debate to bed for a bit.

Silves Castle changed hands several times during the Middle Ages as a result of furious battles for supremacy between the Crusading Christians and Muslim Moors. But at any given time it was always pretty clear who was in charge. The once mighty battlements that still dominate the skyline of the Algarve’s former capital city are now crumbling and in danger of collapsing due to neglect. Officials say it is not clear whether the municipality or the state now owns the castle, who is responsible for maintaining the walls or who should now foot the bill to stop them falling down. As ruefully mentioned in a press report last week, it is generally hoped that the various authorities can find a solution because “the walls show no signs of righting themselves on their own”. Without divine intervention, that would indeed seem to be so.

The Silves castle still dominates the skyline of the Algarve’s former capital city.

Young people have been moving out of Portugal in droves while White Storks have given up migrating. The human population is in decline while the number of resident storks has been increasing. As revealed in a new study, the plentiful supply of junk food available in landfill sites is one of the reasons why storks now resist the temptation to go off and spend the winter months in Africa. Presumably this also explains the plummeting birth rate among Portuguese women. The storks are obviously spending far too much time hanging around landfill sites instead of getting on with the job of delivering babies.

Another new study is advocating that humans eat less meat and dairy produce to help curb global warming. Researchers are concerned about the quantity of greenhouse gasses emitted by livestock in the form of flatulence. The world’s cud-chewing inhabitants currently total about 1.5 billion and that adds up to a lot of pollution because an average fart contains 9% carbon dioxide and 7% methane. The world’s human population is nearly 7.5 billion. Humans break wind a lot too, a habit that is expected to increase exponentially. On the plus side, Portugal has relatively few cattle per human head of population. This is negated by the fact that everyone in this country eats beans, particularly at this time of the year. And we all know what eating beans means.