PAPS: Hosting its 13th Annual Forum at the University of Toronto – Canada 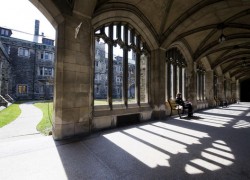 The Portuguese American Post-Graduate Society (PAPS) is hosting its 13th Annual Forum, taking place on April 14-15 at the University of Toronto, Canada.

The conference theme – “A Portuguese Renaissance: A decade of scientific and cultural growth” – will be addressed by three panel sessions to include the topics: “Innovation: Portuguese scientific imprint in a global world”; “Entrepreneurship: Adapting to innovative markets and technologies”; and “Art, Culture and Communication: The Portuguese contribution from a global perspective.”

Over 100 participants are expected to gather for the event, including Portuguese graduate students and young professionals residing in North America as well as prominent leaders from several fields of the Portuguese academia, industry and society.

Guest speakers include the Portuguese Minister of Economy and Employment, Álvaro Santos Pereira;  Professor António Coutinho, Director of the Gulbenkian Institute of Science; Miguel Soares, researcher at the Gulbenkian Institute of Science; Tiago Forgaz, founder of the Talent Foundation; author Clara Pinto Correia; and journalist Mário Crespo, among others.

In partnership with the Leadership Business Consulting, at the event PAPS will award a project developed by one of its members in the United States, which has had a significant impact in Science, Entrepreneurship, Business or Economics. The aim is to foster awareness of excellence and leadership.

The Portuguese-American Post-Graduate Society (PAPS)  is an independent, non-profit organization, with no political affiliations. Its main objective is to network the Portuguese postgraduate community in North America with the academic community in Portugal. 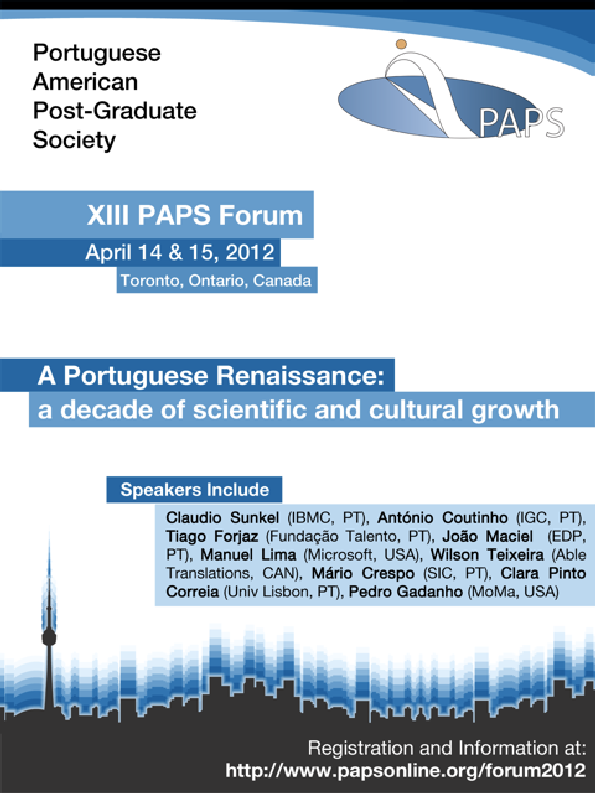