Pandemic: Is the coronavirus tide turning in Portugal? – Update 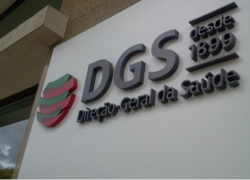 “This month is decisive for us to be able to control the pandemic,” said Portugal’s Prime Minister António Costa as the state of emergency regulations aimed at limiting the spread of the virus was extended for 15 days to April 17.

During Easter – Thursday 9 to Monday 13 – it is forbidden, except in exceptional circumstances, for people to leave the municipality in which they reside. The exceptions include those necessarily travelling to a hospital, a workplace, or a home to provide special care.

The extended emergency decree from President Marcelo Rebelo de Sousa and backed by Parliament came as the number of deaths from the disease in Portugal approached 200.  However, the number of infections and percentage of death has been much less than in other European countries, particularly neighbouring Spain.

The effort by the Portuguese to self-discipline is very important and should be reinforced, said the Prime Minister. He was cautious in his predictions, saying that lifting the state of emergency could not be done in a hurry. Further restrictions on the movement of people might even continue for “one, two, three months,” he said.

The current emergency extension to April 17 is likely to be fully accepted by the Portuguese population at large, though some Lisbon and other northern city dwellers have been criticised for irresponsibly driving south to spend Easter in the Algarve.

The North, Center and Lisbon areas so far have been much worse affected by the pandemic than the Algarve or Alentejo regions, but most people throughout the country are adhering to appropriate self-isolation and social distancing.

Most business, cultural and entertainment venues remain closed.  Outlets such as supermarkets, pharmacies and banks are continuing to serve a strictly controlled flow of customers.

Portugal’s internal emergency regulations, border controls with Spain and the grounding of international airlines have brought about a total absence of tourism, the Algarve’s main economic activity.

EasyJet, for example, have announced that they will not be operating any normal scheduled services this month, only repatriation flights.

Easter is traditionally the start of the annual holiday boom, but hotels and all other holiday accommodation will have to remain closed until the pandemic crisis has been resolved, which may, or may not, be possible before the end of the summer season.

Crucially, many small and medium-sized companies and their staff rely on revenue from the summer months to see them through the whole of the year.

Those in all sectors of the Algarve tourist trade are hoping that because of Portugal’s efficient handling of the crisis and the relatively low number of coronavirus infections in the region, it will be a top destination and see a surge of visitors from the UK, Germany and elsewhere in northern Europe when COVID-19 is over.