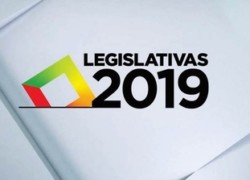 No big surprises expected in Sunday’s national legislative election, but it will confirm Portugal’s political stability compared to the bitter divisions in other European countries, especially the United Kingdom.

Victory seems assured for the centre-left Socialist Party, which has ruled as a minority government propped up by the radical left since 2015.

Led by Prime Minister António Costa, the Socialists are hoping for a decisive victory over their old rivals, the centre-right Social Democrats, with the rest of the seats in the Assembly of the Republic divided between the Left Bloc, the communists, the conservatives and the People-Nature-Animals party.

That’s how it turned out in the European Parliamentary election in May this year.

Socialism has been in steep decline in many EU countries because of changing conditions and attitudes among the poorer sections of society, together with the surge in support for far-right nationalists, or “populists” as they are somewhat confusingly called.

In contrast to countries such as Italy, France, Germany, Austria and Poland, there is no significant support at all in Portugal for the far-right.

Portugal’s traditional centrist parties are free of the populists’ obsession with such matters as xenophobia, racism and opposition to mass Islamic immigration.

Disinterest in populism in Portugal could change, of course, if people here become less trustful and more skeptical than they already are of mainstream politicians.

While opinion polls clearly suggest a Socialist victory on Sunday, it remains to be seen if the centre-left gain enough votes to form a majority government, whether they will continue to need the risky support of the often disagreeable radical right or wish to form a coalition with their old centre-right rivals.

The Socialists, who took over from the Social Democrats in 2015, have managed to keep tight financial control while recovering from the harsh austerity measures demanded by the EU Troika during the worst of the debt crisis between 2011 and 2014.

In doing so, they have remained among the staunchest advocates of European unity, but have had to face serious internal disquiet, including protests about working conditions and wages by teachers, hospital staff and truck drivers.

Yet Portugal, with a population of not much more than ten million located on the southwest edge of the continent, is one of the most politically and socially stable of the EU’s 28 member states, as well as being internationally rated as the third most peaceful country in the world.

There are plenty of doubters, of course, here as elsewhere, who have only disrespect for politicians of all stripes.

The turnout on Saturday will be interesting.

The EU election turnout was the lowest ever, with only 31.4% casting their votes. But May 26 was a lovely sunny Sunday and for many the beach was a far more attractive option than the voting booth.

This Sunday could be  different, though  the category 5 hurricane Lorenzo, which pounded the Portuguese  Azores this week,  tracked off towards Ireland rather than keeping voters huddled up at home in mainland Portugal.