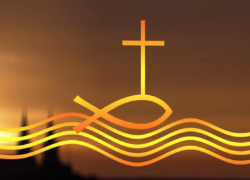 With the approach of the 105th anniversary of The Miracle of the Sun at Fatima in central Portugal, Catholics have been shocked by yet another revelation about the sexual abuse of children within the church.

The Vatican has at long last acknowledged that in 2020 a Nobel Peace Prize-winning Catholic bishop received “disciplinary restrictions” and was banned from “contact with minors” because of allegations that he raped and abused teenage boys.

Bishop Carlos Ximenes Belo is accused of carrying out these crimes decades ago in the former Portuguese colony of East Timor. The Vatican first became involved in the case in 2019 if not before, but information about its disciplinary action only came last week, a day after a Dutch magazine, De Groene Amsterdammer, published the accusations in explicit accounts by two of the priest’s alleged victims.

Bishop Belo, 74, shared the 1996 Nobel Peace Prize with his friend José Ramos-Horta for their efforts in bringing peace and independence to East Timor after years of war with neighbouring Indonesia that killed hundreds of thousands of citizens. Since learning of the Vatican’s secret sanctioning of Belo, East Timor citizens have rallied to his side.

The leader of an East Timor youth organisation said at the weekend: “We will still stand with Bishop Belo because we realise, as a human being, Belo has weaknesses or mistakes like others. If he does wrongdoing, it’s his individual fault, nothing to do with the religion.” Not all, even in East Timor, would agree.

In 2002, the same year East Timor gained independence; Pope John Paul II accepted Bishop Belo’s resignation as head of the church in the East Timor capital, Dili. The following year, Belo came to Portugal for cancer treatment. It is thought he settled here and still lives in this country.

Earlier this year the former pope Benedict XVl admitted giving false information to a German inquiry into sexual abuse by Catholic clerics there. Plenty of accurate information has been pouring out from investigations into abuse scandals that have been going on for decades globally.

Pope Francis has declared “zero tolerance” for Catholic sexual abuse, saying he will take personal responsibility for ending it.

An independent inquiry into child abuse within the Catholic Church in Portugal is on-going. It is being carried out by a six-member committee, which includes psychiatrists and a former Supreme Court judge. Hundreds of people have come forward from across the country to give personal evidence with the promise of anonymity. The investigation was officially launched on January 1. The committee is expected to report to the Portuguese Bishops’ Conference at the end of this year.

An earlier independent inquiry in France concluded that there had been about 216,000 victims of child sexual abuse by Catholic clergy between 1950 and 2020. It is estimated that many thousands more occurred in the decades before that.

In Australia it was found that in some dioceses more than 15% of priests had perpetuated sexual crimes against 4,444 children between 1950 and 2010. Most of the abuse took part in churches, but was ignored by the church authorities.

In Ireland, about 15,000 children were abused within Catholic institutions between 1970 and 1990 alone. An investigation showed that priests and nuns had terrorised boys and girls with beatings and rape in Church-run orphanages and schools that were places of fear, neglect, humiliation and endemic sexual abuse.

Crimes of a similar nature have been going on in just about every country with a Catholic presence. In the United States, hundreds of millions of dollars have been paid to Catholic abuse victims in out of court settlements.  In Canada, the church has apologised for the abuse of indigenous children in residential schools. The Catholic Church in Poland for many years covered up the crimes being committed by members of the clergy. The story is the same in New Zealand as well as countries in Latin America, Asia and Africa.

A big majority of Portuguese people say they are Roman Catholics, but the numbers who regularly attend Mass is dwindling. And yet hundreds of thousands of pilgrims continue to make their way to the Sanctuary of Fatima to pray on the 13th of each month from May to October in hope of healings and a better life.