Memoir: “As I Walk Through Life” by Lina DaPonte – Review 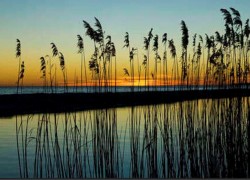 Life is a journey, but for Lina DaPonte the journey has been an adventure full of surprises, deception, drama, romance and tragedy.

In her candid memoir “As I Walk Through Life:  A Family’s Struggle from the Azorean Islands to Africa”  DaPonte tells how it all happened. It started with her being born in the Azores, to her turbulent life in East Africa, leading to her finding peace and quiet in the United States.

She decided to tell all, she says, because she wanted her children and future generations to know about the uniqueness of her life experiences. She did it through a straightforward first person narrative, based on a journal she has kept for many years.

In the Azores, where she lived her infancy, her life was then quiet and simple. Her father worked as a mechanical engineer at the U.S. Lajes Airfield, on Terceira Island, while her mother stayed at home raising a family of ten.  DaPonte remembers those days as a time when everything seem to be perfect. To this day, she still can hear the island voices, the seagull calling and the echoes of the ocean.

Then came the time when the family moved away to East Africa. According to her account, upon arrival in Mozambique, the whole family was trapped under an indentured work contract, at a plantation, as bonded laborers to an established colonist, with their children being forced into child labor.

DaPonde describes those days as “the cruel reality which Mom and Dad had not planned on; they wanted us to go to school, but child labor was a way of life in the colony.” They were not free to leave or move around as they pleased, and she writes, “When I look back, I don’t see much difference between this life and slavery or communism.”

Her parents quickly realized they had been lured and misled by government propaganda, intended to entice large families to migrate to the colony.  One year later, the family succeeded in escaping servitude. After much peril and adventure, they resettled temporality in, yet, another plantation, located on Macaneta Island, surrounded by the Nkamait River and the Indian Ocean.  There, Lina grew up fast, becoming a mother at age 14. 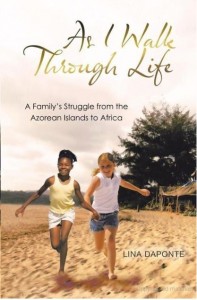 The family kept relocating countless times, going from village to village, seeking to better their lives. In the early 1970s, they reached the capital, Lourenço Marques (renamed Maputo after 1974). The family acquired some land in the suburbs, where the father built them a house; but life would also prove to be difficult there, and DaPonte decided to run away from home to Sidney, Australia.

Back home after six months, she was caught in the events that lead to the independence of the Portuguese colony. In 1974, she witnessed the tragic days of violence, death and destruction marking the beginning of the civil war in the territory. Stricken with panic, the family sought refuge in South Africa, where they were relocated to a refugee camp on the Nelspruit Mountains.

Emotions were high then, she recalls, and, while at the refugee camp, she willingly decided to join a group of displaced colonists and mercenaries organizing to go over the border, back to Mozambique, in an attempt to reclaim the colony.

After walking for fifteen days, her bravery started dying out as she realized it was time to let it go. Shortly after, she would end up in Johannesburg where she found love, got married and migrated to the United States. All of this happening to her before her 21th birthday.

Written from the point of view of the narrator, the book is only worth reading for the uniqueness of the life experiences DaPonte reveals.  The action is presented in a string of loose, yet, vivid accounts.  As her life moves on, and while she is confronted with misfortune and adversity, it is noteworthy that DaPonte takes bold action, becoming the agent of her own destiny.

However, her views and interpretations are single-minded, naïve and over-simplistic. Notably, having had the privilege of witnessing, first hand, the remarkable historic events in Mozambique, in 1974, DaPonte’s narrative is regrettably shallow and narrow sighted, revealing her lack of understanding of the momentous significance of the very trials shaping her own life and destiny.

The reader will find that, although the chronology of events can be established from the context of the narrative, in most instances the author has neglected to establish dates and/or name the places she is alluding to.

All said and done, DaPonte has no regrets. She concludes her narrative with a self-reassuring statement intended for the reader, “I am sure that the memories we share of a life time growing up, the adventures, and even the hardships will remain with us throughout our lives and remind us never to give up or give in to what life brings […] I go to sleep with a sense of peace and thankfulness for having had the opportunity to live a life that most people only read about.”  The book, 72 pages, was released in 2011 through AuthorHouse, a self-publishing venue online.