Mandela and the Portugal connection – By Len Port 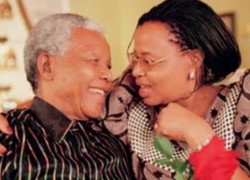 The death of Nelson Mandela and the global outpouring of condolences to his widow evoke reminiscences of Portugal’s influence on the couple’s lives and on the history of South Africa as a whole.

Portuguese explorers in the 15th century were the first Europeans to set foot in southern Africa. The Portuguese established initial trade links but went on to colonize neighboring Mozambique and Angola to the east and northwest, leaving the central and southernmost territory to the Dutch and the British.

Portugal’s close association with the region continued right up to the second half of the 20th century when it played a pivotal role in the downfall of apartheid.

After Mandela’s imprisonment in 1964 on charges of inciting armed revolution, fiercely racist white politicians and security forces remained dominant in South Africa despite international condemnation of apartheid. With one of the fastest growing economies in the world, commercial relationships thrived with the United States, Britain, France and other leading western countries.

Portugal on the other hand simply could not afford to sustain its opposition to the Russian and Chinese-backed liberation movements in Mozambique and Angola. The Carnation’ Revolution at home in 1974 was largely in opposition to the Portuguese dictatorship’s long and financially draining colonial war.

The Portuguese troop withdrawals and subsequent granting of independence to Mozambique and Angola hugely encouraged the determination of South Africa’s blacks and increasing numbers of like-minded whites.

Portugal’s exit from Africa in the second half of the 1970s gave real hope to the anti-apartheid movement spearheaded by the African National Congress of which Mandela remained an iconic figure while languishing in jail on Robben Island off the coast of Cape Town.

Among the much more racially tolerant Portuguese there had never been segregation in Mozambique or Angola, but after independence many emigrants moved across the border to South Africa. They enriched the multi-cultural though increasingly tense situation there.

Overwhelming international pressure in the late 1980s led to the collapse of the laws separating whites and blacks in South Africa. In 1994, Mandela, who had served 27 years in jail, was elected the country’s first black president. There then developed a much more personal connection between Portugal’s sphere of influence and President Mandela.

With Mozambique in the throes of a post-independence civil war between the army of the ruling Frelimo government and South African-backed Renamo rebels in 1980s, the president of Mozambique Samora Machel, a fierce opponent of the neighboring apartheid regime, had been killed in a still mysterious plane crash near the border of the two countries.

Machel’s widow, Graça, had been born into a peasant family in rural Mozambique. She won a scholarship to high school in Mozambique’s capital, Maputo, but she was the only black in a class of white students.

“Why is it that I’m made to feel strange in my own country? They’re the foreigners, not me. Something is wrong here,” she remarked much later.

Another scholarship brought her to the University of Lisbon as a language student who became deeply involved in political and humanitarian issues.

On returning to Mozambique she joined Frelimo, trained as a guerrilla fighter and became a schoolteacher, a contrasting but, as it turned out, sound preparation for her deployment as Mozambique’s first post-independence minister of education, a job she relished until well after her husband’s death.

Graça Machel first met Mandela, 27 years her senior, soon after his release from Robben Island in 1990. In 1998, two years after Mandela’s highly publicized divorce from his second wife Winnie, Nelson and Graça married on his 80th birthday.

How ironic that two passionate rebels of different nationalities and almost different generations, both branded guerrillas – or in modern parlance terrorists – ended up contributing so much to peace and reconciliation, not only in southern Africa, but across the world.

On reflection perhaps it is not so strange. As Mandela told the court before being sentenced to life imprisonment with hard labor: “I have fought against white domination, and I have fought against black domination. I have cherished the ideal of a democratic and free society in which all persons live together in harmony with equal opportunities. It is an ideal which I hope to live for, and to see realized. But, my Lord, if needs be, it is an ideal for which I am prepared to die.”

Oh that today’s political leaders had half that sort of moral commitment.