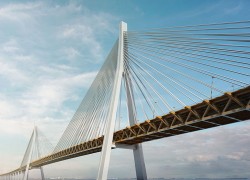 The project, which has the collaboration of the MIT Sloan School of Management, aims at establishing in Lisbon a unique MBA program able to compete within the top 100 schools in 5 years’ time.  The full time program allows each student to live in 3 different cities for a period of 12 months.  The Lisbon MBA has ranked 7th in the top 10 of the Rising Star MBA 2009 rankings.

Applications must be submitted between February 15th and September 30th, 2011.  Classes start January 2012.

Founded in 1978, Universidade Nova School of Business & Economics (NOVA SBE) ranks as one of the best in Europe leading in teaching and research in the areas of Economics and Business Administration.  It offers Undergraduate Degrees in Economics and in Management as well as Graduate Programs such as  PhD in Economics, PhD in Finance, PhD in Management for full or part-time students.

More than 50 percent of the undergraduate courses and all of the Masters, PhD and MBA programs at NOVA SBE are taught in English.  NOVA SBE’s principles are modeled on those of American universities with most its professors holding a doctoral degree.

NOVA SBE was the first Management and Economics Portuguese School to be distinguished with international accreditation when obtaining the EQUIS and AMBA accreditations in 2004 and 2005 respectively.  The third accreditation was granted in 2009 allowing the School to complete the “triple crown”.

The EQUIS certification, awarded by the European Foundation for Management Development, recognizes the school quality in teaching, research, internationalization and relations with the corporate world.  AMBA accreditation is awarded by the Association of MBAs.

In 2007, NOVA SBE was nominated the Portuguese representative of CEMS – The Global Alliance in Management Education.  CEMS is a strategic alliance of leading business schools and multinational companies.  NOVA SBE is also number one at the Eduniversal Ranking for 2008, 2009 and 2010 achieving “4 Palms” which corresponds to “Top Business School” by recommendation of Deans in 1000 management Schools worldwide, including the Eduniversal’s Schools official selection.

The Business School at Universidade Católica also accredited with AACSB, EQUIS and AMBA is ranked amongst the Top European Business Schools according to the  London based Financial Times.