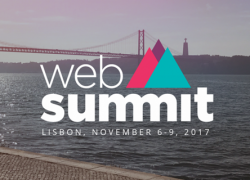 The World Web Summit will be held for the second time in Lisbon, starting November 6 through November 9.

The event will open with remarks by Portugal’s Prime Minister António Costa. US former Vice-President Al Gore will close the event.

The Web Summit is an Irish-owned technology initiative, originally called the Dublin Web Summit, being held annually since 2009, before moving to Lisbon where it will take place again in 2018.

The Web Summit’s main point of interest this year focuses on web-related issues that impacted the 2016 US election. Last year it brought together a large number of experts in the car industry including driverless cars technology.

The event, sponsored by Turismo de Lisboa, Turismo de Portugal and AICEP, will be covered worldwide by over 1,000 journalists from over 100 countries.