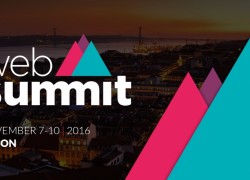 The prestigious world Web Summit will be held in Lisbon, for the first time, starting November 7 through November 10.

The Irish-owned technology initiative was originally founded in Dublin (Ireland), in 2010, before moving to Lisbon where it will take place again in 2017 and 2018.

With the goal to reaching a wide international audience, the conference will gather about 50,000 attendees from over 165 countries, including more than 15,000 companies, namely Apple, Microsoft, IBM, Amazon Web Services, INTEL, Facebook and Twitter, among many others, seeking transformative technology relating to software and hardware.

The Web Summit’s main point of interest this year focus on bringing together a large number of experts in the car industry including driverless cars technology.

The event, sponsored by Turismo de Lisboa, Turismo de Portugal and AICEP, will be covered worldwide by 1.200 journalists from over 100 countries.