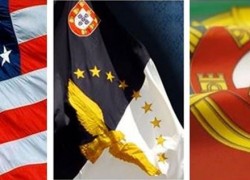 The President of the Government of the Azores, Vasco Cordeiro, participates in the 39th meeting of the Permanent Bilateral Commission between Portugal and the United States of America taking place in Washington, Wednesday, May 23.

The agenda includes the analysis of matters relating to the US use of the Lajes Air Base on Terceira Island, namely the environmental impact, labor and infrastructure components and the assessment of the US cooperation with the Azores in other areas.

President Cordeiro defends the need for a more effective and expeditious action regarding the environmental cross-contamination of  the Lajes Air Base area, resulting from the accumulation of chemical hazardous waste from the US military use of the grounds. The primary mission for the Lajes Air Base is to serve as a refueling stop in the Atlantic.

This is the eight time that Vasco Cordeiro participates in the Permanent Bilateral Commission meetings, following the US decision in 2012 to reduce its military and civilian presence in the Lajes Air Base.