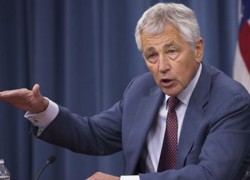 The United States Secretary of Defense, Chuck Hagel, has confirmed today the Pentagon’s decision to downsize the US presence in the Lajes Field on Terceira, Azores.

Lajes Field is the island’s second largest employer. The decision, which will save the Pentagon an estimated $35 million annually, will significantly impact the local economy.

The announcement caught the Portuguese administration by surprise. Last month, the US House of Representatives had requested a “specific revaluation” on the strategic relevance for the United States of the of Lajes Field. According to the request, the US Administration was prevented from reducing military personnel at Lajes Field until the revaluation was completed.

Reacting to the news, the Portuguese Minister of Foreign Affairs, Rui Machete, said in a statement, “The Portuguese Government expresses its strong disappointment for this decision, which didn’t take into consideration the concerns conveyed to the United States over the past two years, in conjunction with the Regional Government [of the Azores].”

The President of the Government of the Azores, Vasco Cordeiro, also expressed his frustration by denouncing the Pentagon’s decision as “a monumental slap in the face of the Portuguese Government.”

According to Pentagon informants, Derek Chollet and John Conger, operations at the UK’s Mildenhall, Alconbury, and Molesworth airbases will close. These actions were the result of the European Infrastructure Consolidation (EIC) process, and are expected to save the Defense Department $500 million a year.

For the past 70 years, Lajes Field on Terceira has been one of seven main operating military bases under US Air Forces in Europe providing refueling and other support to US military, NATO aircraft and crewmembers transiting over the Atlantic. The Lajes Field hosts a civilian airport which shares its runway with the Portuguese aviation.