The traditional celebrations of the 10th of June (Day of Portugal), presided by the President of Portugal, Marcelo Rebelo de Sousa, are in progress taking place this year between Ponta Delgada in the Azores and New England, honoring the Portuguese American legacy and the friendship between Portugal and the United States.

According to the official program, the celebrations already in progress the Azores, where they will take place on June 9-10,  will be extended on June 10th  to Boston (MA) and Providence (RI). 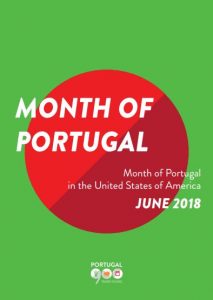 This year, by decision of the President of Portugal, the traditional ‘Day of Portugal’ will be incorporated in the celebrations of June ‘Month of Portugal’ in the United States with over 130 events spread throughout 60 cities in 12 states including major events in California, Colorado, Connecticut, District of Columbia, Massachusetts, Florida, Pennsylvania, New York, New Jersey, Rhode Island, Texas and Virginia.

For the occasion, the School Ship NRP Sagres is touring the Atlantic East Coast, between May 28 and June 14, on a mission dedicated to young Americans and Canadians of Portuguese heritage who are invited to board the vessel.  The visit of  Sagres​, will coincide with the many Day of Portugal festivities.  In Boston, the ship will be docked June 9​-12 at Fan Pier in the Seaport District, near the Institute of Contemporary Art, June 9​-12.

In Boston (MA) the highlight of the official program on June 10, starts at 3:00pm, and comprises of a public gathering for the ceremony of the Raising of the Portuguese Flag at the Boston City Hall Plaza, followed by celebratory events promoted by the Boston Portuguese Festival and the Portuguese Youth Festival.

In Providence (RI), on June 10, the President Rebelo the Sousa will be honored by the resident Portuguese American community with a dinner at the Capital Grille Restaurant, partaking as guest of honor in the “Water Fire and Portuguese Street Festival” starting at 8:30pm at the Water Place Park. 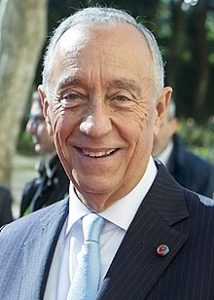 On June 11, additional events in Boston include the 34th annual Heritage Day of Portugal, to be held at 10:00am, honoring the President of Portugal at the Massachusetts State House.The ceremony, sponsored by the Portuguese American Legislative Caucus, will also feature the presentation of  the Heritage Day of Portugal awards to Massachusetts Portuguese-American individuals who have served as leaders in their respective communities.

The event, to be held in the House of Representatives Chamber, recognizes Portuguese-American residents who have helped improve Massachusetts as a whole, as well as those who have advocated on the behalf of Portuguese-Americans in the Commonwealth and across the United States. The ceremony open to the public will be followed by light refreshments in the Great Hall.

In New Bedford, on June 11, starting at 3:00pm,the President of Portugal will pay a visit to the New Bedford Whaling Museum.

As part of the ‘Month of Portugal’ program, the office of the Prime Minister António Costa has announced that his visit the United States will be extended from June 10 to June 16, where he will be contacting the Portuguese American community coast to coast, namely in New York City, Newark (NJ), San Francisco (CA) and Sacramento (CA). 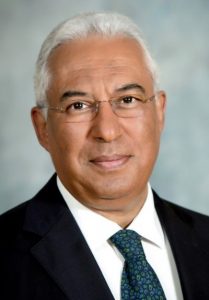 “From coast to coast, I will maintain contacts with the Portuguese communities as an extension of our country through different parts of the North American territory; I will maintain an extensive program of contacts with companies and financial institutions in California and New York. Wherever I go I will promote the modern face of Portugal to our North American partners,” the Prime Minister said.

For the Portuguese people living abroad, Portugal day is the time to display their heritage and ethnic pride. It is estimated that over 5 million Portuguese nationals live abroad, about 1.4 million living in the United States, with a large percentage coming from the Azores. Presently, there are sizable Portuguese American communities in Massachusetts, Rhode Island, Connecticut, Pennsylvania, New Jersey, New York, Florida, Louisiana, Nevada, California, and Hawaii. The total resident population of Portugal is estimated at 10,560,000.