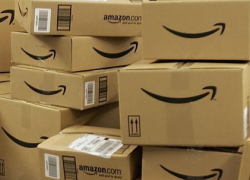 Amazon.com is in talks to enter the Portuguese market with plans to open a retail center in Porto city, the local chamber of commerce confirmed. Talks include setting up a space for the Amazon.pt in the Boavista area.

Amazon.com has been interested in the Portuguese market since 2016. The official announcement should come in March and the retail center should be effective by the end of the first quarter of 2018.

“There are conversations that are actually taking place between the Porto City Hall and Amazon, but at the moment, we do not express any reaction other than that,” a municipality source told Lusa news.

Currently, the mega online retailer directs Portuguese consumers to its Spanish site (Amazon.es) for purchases. At the beginning of November of last year, Amazon.com extended to Portugal some prime services such as free delivery. In Europe, Amazon has sites in Spain, the United Kingdom, Germany, Ireland, Netherlands, France and Italy.

The revelation follows the announcement by Prime Minister António Costa that Google will open in Portugal technology hub to serve Europe, the Middle East and Africa. Starting in June, the venture will create 500 highly qualified jobs.

In a different development, Uber has also announced that it has chosen Lisbon to set up its new Center of Excellence, which will provide service support to many European countries. The center will create 250 jobs in 2018.

Based in the United States, currently Amazon holds separate retail centers in the United Kingdom and Ireland, France, Canada, Germany, Italy, Spain, Netherlands, Australia, Brazil, Japan, China, India, and Mexico. In addition, most items can be shipped internationally to over 100 countries.