Job market improving but not for everyone – Fall River, MA 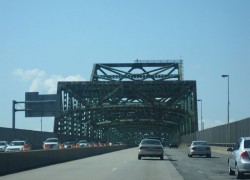 The US job market showed a significant improvement by adding 216,000 jobs to the workforce in March over the 194,000 in February nationwide – the best showing since March 2009.  Since November 2010, the jobless rate has declined by 1.0 percentage.

The number of persons employed part time for economic reasons (sometimes referred to as involuntary part-time workers) was little changed in March, at 8.4 million. These individuals were working part time because their hours had been cut back or because they were unable to find a full-time job.