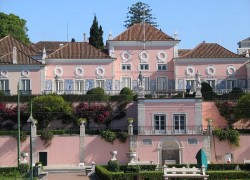 COTEC Portugal announced the fourth edition of the Enterprise Innovation Award for the Portuguese Diaspora in partnership with the Office of the President of Portugal.

The award distinguishes Portuguese entrepreneurs who in 2010 have promoted entrepreneurial, innovative and accountable initiatives outside Portugal and contributed to improve business cooperation between Portugal and her diaspora. It is estimated that over five million Portuguese live abroad.

The award ceremony presided by the President of Portugal Aníbal Cavaco Silva will take place in Lisbon, June 8.

To qualify applicants must be Portuguese citizens living abroad for more than five years. The deadline for submission is March 26, 2011.

COTEC Portugal is an association of private enterprises, with the mission of promoting the productivity Portugal based companies. For more information.

In 2010, 81 applications from 26 countries submitted applications for the COTEC Award. The winner was Isidro Fartaria, President of Titel Holding, a construction industry group, based in France with presentations in 11 countries including Portugal.  An honorable mention went to Acácio Vieira, founder and CEO of Healing Wings, a Non-Governmental Organization ( NGO) created in 2000 following the catastrophic floods in Mozambique.