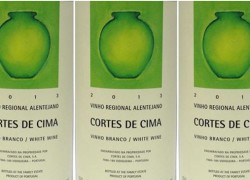 The ‘Cortes de Cima’,  a 2013 white wine produced in Milfontes, Alentejo, Portugal, was voted “Best in the World’ at the ‘Vinalies Internationales’ competition held in Paris, France.

The ‘Cortes de Cima’ won the highest overall score of the entire competition, of all wines in all categories.

The ‘Vinalies Internationales’ competition is organized by the Œnologues de France, with the participation of 3,500 wines from 40 different countries, judged by an international panel of judges.

Cortes de Cima is a family owned vineyard in the vicinity Vidigueira, Beja, with a second vineyard located in the  vicinity of Vila Nova de Milfontes, in the stunning coastline of Alentejo, where they grow white grapes only.

Last November, a 2011 vintage Dow’s Port wine  was selected as “Wine Spectators’ of the Year” ranking first at the “Annual Top 100 List” of “most exciting wines” for 2014.  Two other Portuguese wines also  cracked the Top 10 of the year. They are both dry, red table wines from the Douro: the Prats & Symington Chryseia 2011 and the Quinta do Vale Meão 2011. A total of six Portuguese wines were also ranked in the Top 100 of 2014, capping Portugal’s performance ever according to the “Wine Spectators.’ 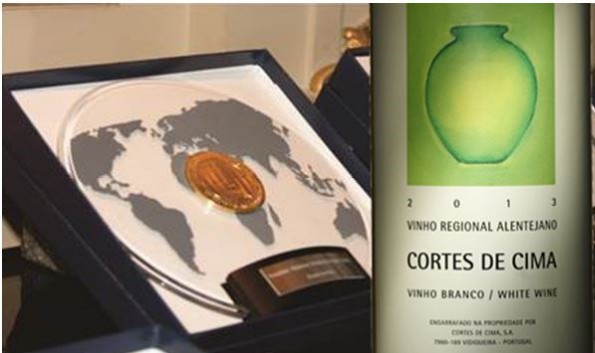